Raccoons. Raccoons are a park favourite 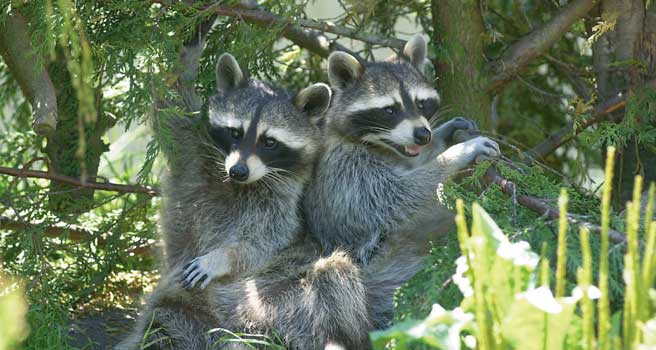 They may look cute and cuddly, but they’re nick-named ‘masked bandits’ for a reason. In their search for food, Raccoons can get into just about any thing. They’re ultra-curious, have nimble hands and are notorious about the mess they leave in their wake. They’re clever animals, which has made them very adaptable to changing environments, such as human encroachment. So, it’s common in North America to find raccoons in unused attics and loft spaces.

Raccoons have an unfair reputation for aggression, which probably comes from the fact that they have a safe zone of around 5-10ft. If a human comes closer, a raccoon will stand up on its hind feet, try to make itself look big and growl/hiss. This is a natural reaction aimed at warning off potential predators and is borne more of fear than fury…

Raccoons shimmy down trees backwards then turnaround at the last minute before landing on the ground. 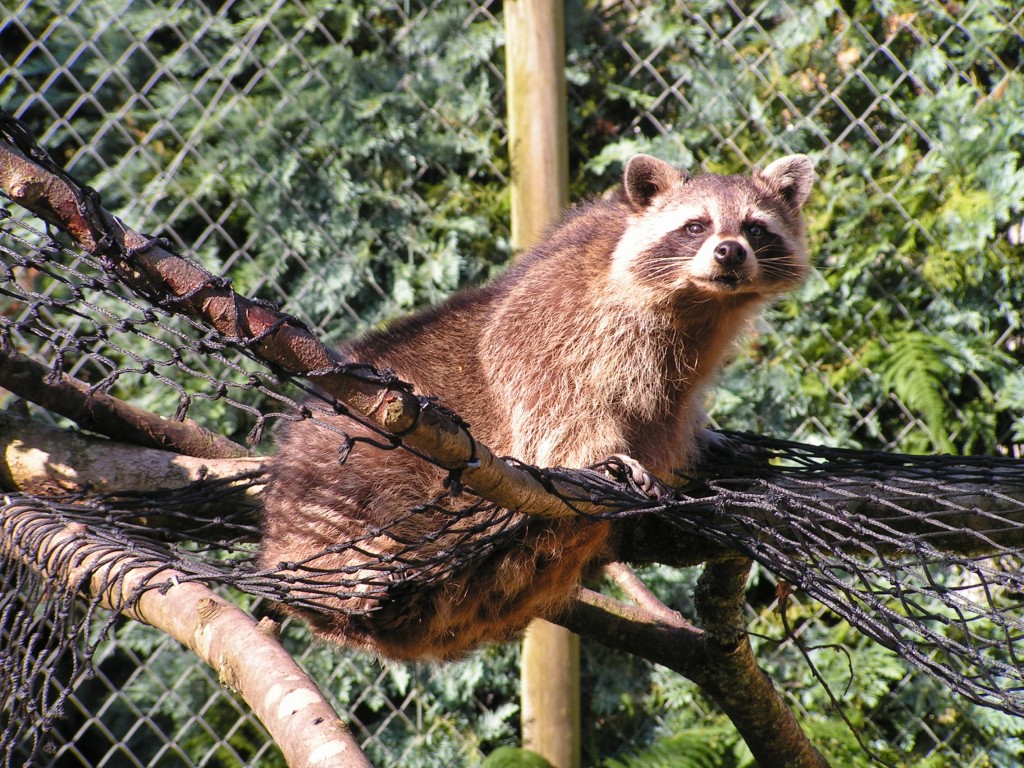 Raccoon in the Cornish sunshine. 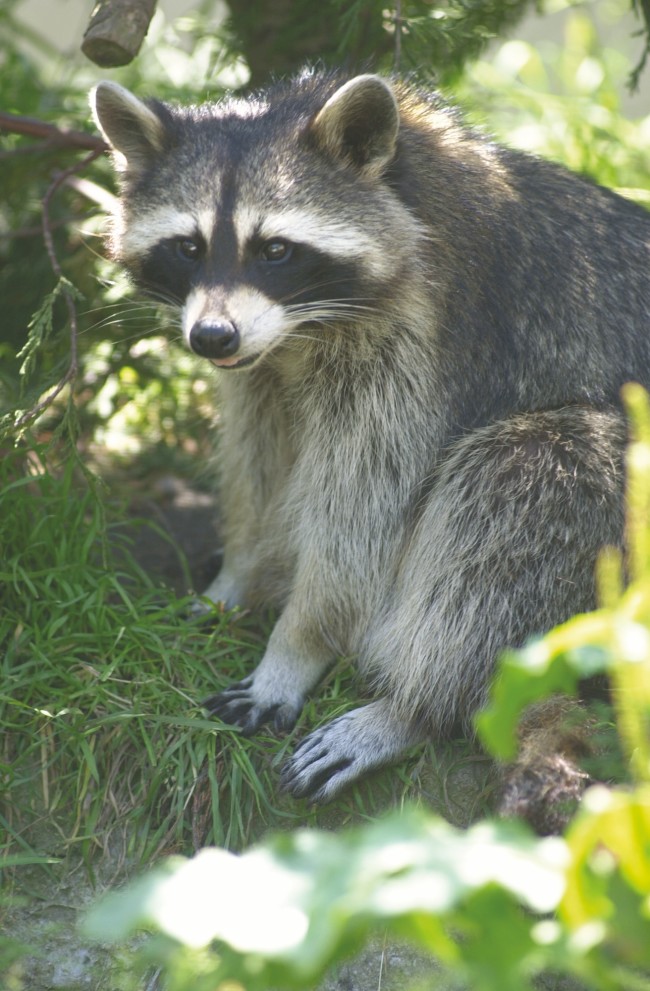 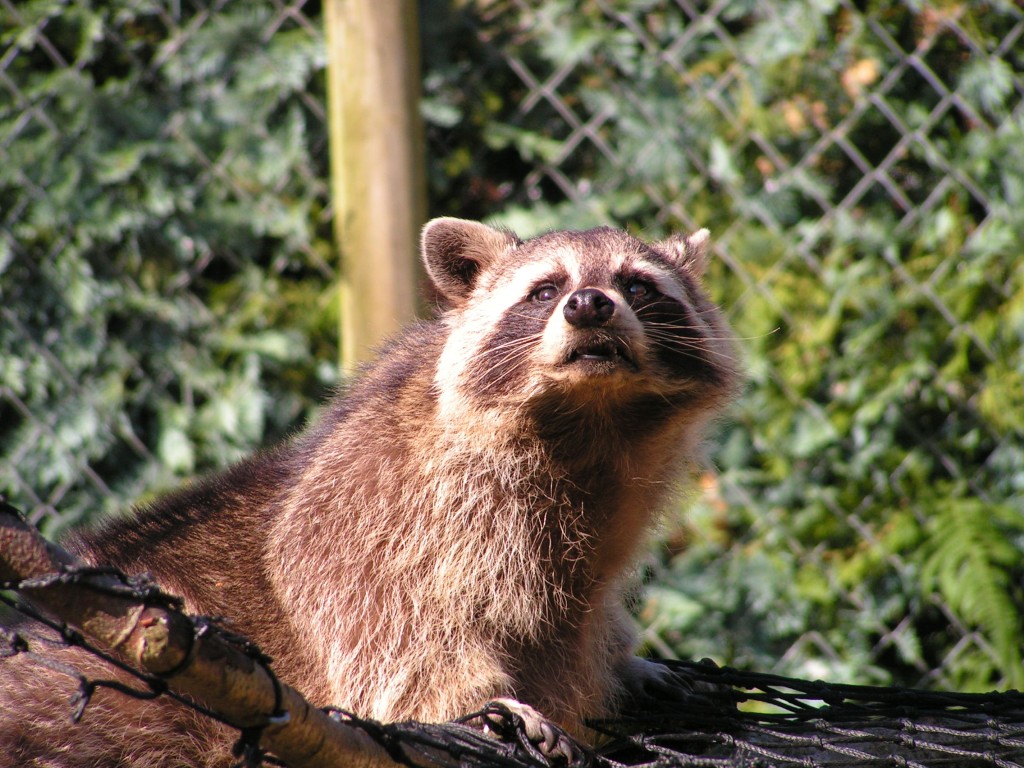 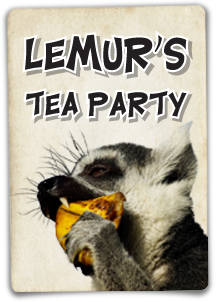 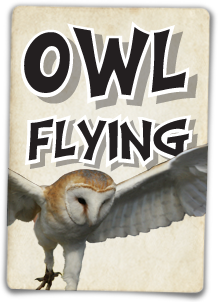 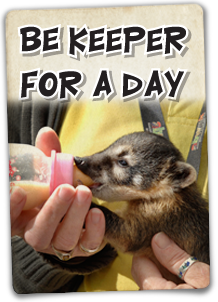 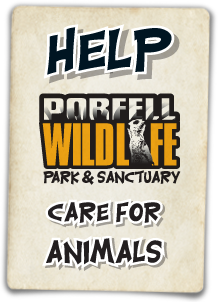